“The sanctuary was basically a giant echo chamber,” said Andy Finseth, First Baptist of Everett’s lead audio engineer. “Using floor monitors in the room was a significant challenge with the additional sound and the echo bouncing off the back wall and traveling all the way through the room. This forced us to run our mains much louder, and, as a result, a lot of times we would easily get volume complaints especially from some of our senior members.”

Today, First Baptist Church holds two contemporary services each Sunday that draw some 400 parishioners each week. A switch to in-ear monitors has made all the difference during these services.

“Every week we monitor our Sound Pressure Levels (SPL),” Finseth explained. “With the floor monitors, we were regularly running around 95 decibels on average, and it was still fairly muddy sound.”

After redesigning the Church’s system himself, Finseth made the switch to in-ear monitors in 2005. The switch to IEMs helped lower the stage volume — along with the addition of properly aligned mains which narrowed the field of throw keeping the sound from bouncing off the sanctuary walls — bringing down the Church’s average SPL to around 85 decibels.

“The in-ear monitors provide a very pleasant sound no matter what kind of music the worship band is playing,” Finseth said. “If they are going from jazz to rock to a hymn — we get clear sound no matter what, and we don’t get any complaints about volume anymore.”

myMix: Flexibility is Key
In 2010, Finseth was searching for a new in-ear monitoring system for the worship band and tested out myMix during a summer street festival. The ability to put each member of the band onto the myMix network and allow them to individually select what mix they wanted to listen to won over Finseth and the worship band on the personal monitoring and mixing system.

Currently First Baptist Church has 14 myMix units but employs around 10 during each service. Finseth sets up 2 myMixes for guitar, 2 for drums — one that is running the drum mix and one that the drummer uses as their monitor system, 1 at keyboard, 1 at piano, 1 at bass and a few extra for vocalists or additional guitarists.

“The myMix is a great system,” Finseth said. “While any in-ear monitor system would have helped improve the sound in our sanctuary, the myMix system is the best system I’ve tried out. It offers the most flexibility and is just an all-round solid platform.” 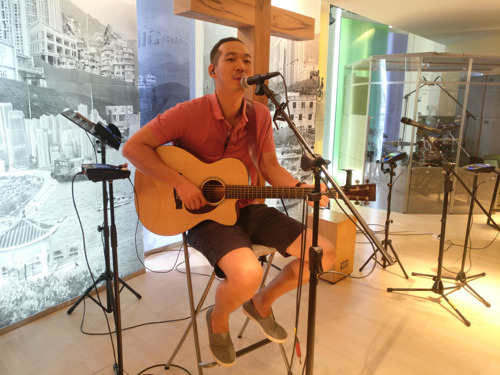 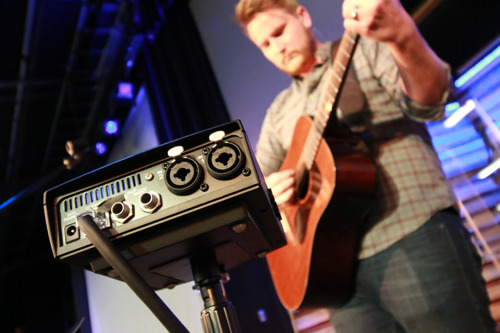